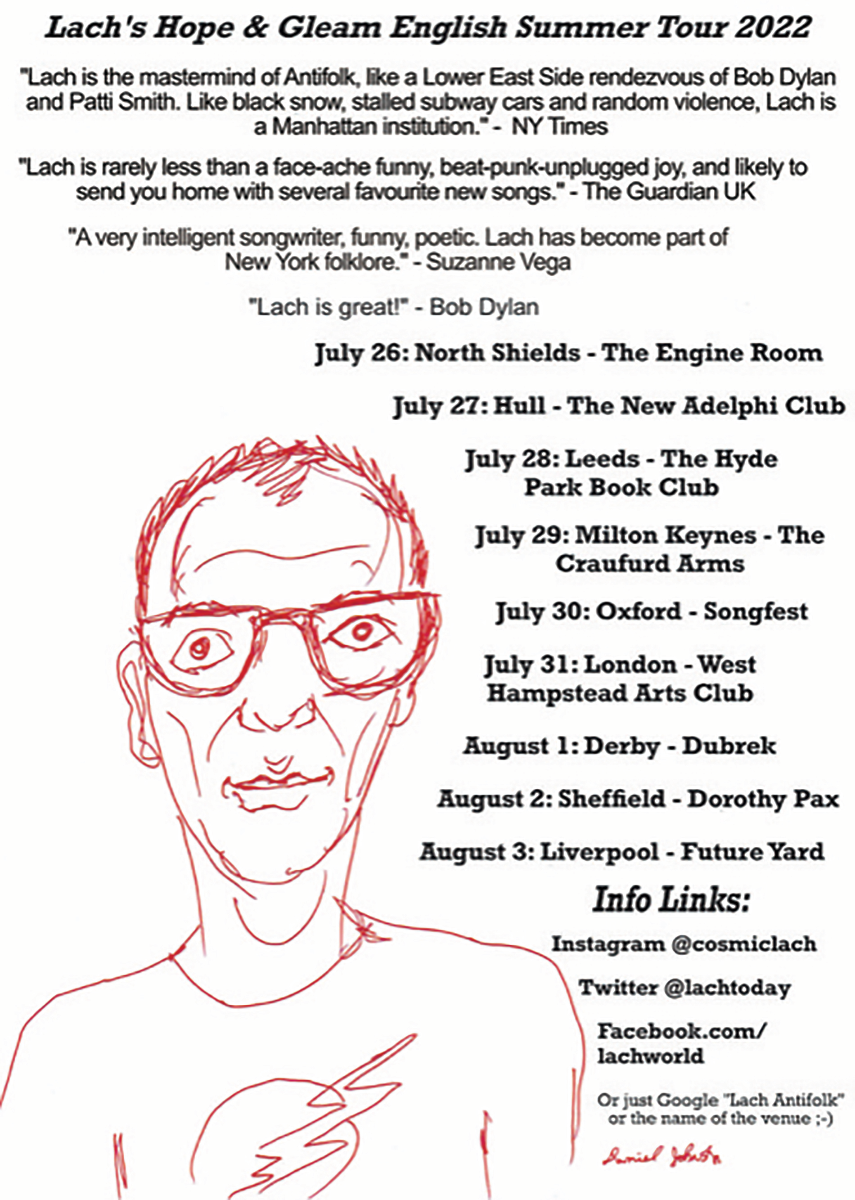 Lach says, “I actually dig all of it or I wouldn’t do it. The albums, the
books, the radio show, I see them all as just falling under the general

umbrella of being a writer. But it’s at the gigs that it all comes together
whether I’m singing a song, telling a story, reading a poem or just riffing.
No genre, no definitions just that campfire glow of total possibility. It’s
been over three years since I last toured the UK, this is going to be
freaking amazing!”

“A Lach show is a face-ache funny, beat-punk-unplugged joy, and likely
to send you home with several favourite new songs&quot;- The Guardian UK

Some Nice Things Some Nice Folks Have Said About Lach:

“I got his songs on my driving tape.” - David Johannsen (The NY Dolls)

“The best songwriter I’ve ever met!” - Adam Green (of The Moldy
Peaches)

“Incredibly entertaining. The captain of our ship.” –Duglas T Stewart (of
The BMX Bandits)

“Lach is my hero and mentor.” - Hamell on Trial

“Lach is the mastermind of Antifolk, like a Lower East Side rendezvous
of Bob Dylan and Patti Smith. Like black snow, stalled subway cars and
random violence, Lach is a Manhattan institution.”- NY Times

“A wholly enjoyable voyage into a strange and brilliant musical mind!&quot;-
Billboard